Home » Student Stories: Overcoming Bias and Learning About the World

Student Stories: Overcoming Bias and Learning About the World 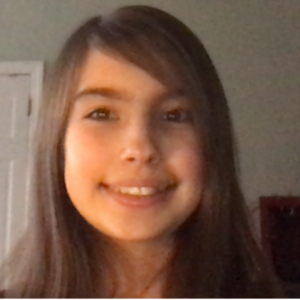 Isabella “Isa” Pryde was just 12 years old when she first participated in Global Nomads Group’s Content Creation Lab pilot program. With two other participants, one from Turkey and one from Ecuador, Isa contributed to the development of a new curriculum that explores what personal bias is, how to identify it in yourself and others, and to empathize with people from different backgrounds.

The Overcoming Bias program, Isa explains, was crafted to introduce the students to the concept of bias without singling out or excluding groups that participants may belong to, such as those based on gender or culture. For example, the team leaders illustrated bias using people’s perceptions about certain animals. This allowed participants to grasp the concept of personal bias without letting existing personal biases get in the way of that learning.

Not only was the content of the program valuable to Isa, so was her participation in developing it. “I was really excited,” Isa said. “But I was a little worried I wasn’t going to be able to do as well because I wasn’t as old as everyone else was. Instead, they asked what my opinion was because I was younger and they were giving it to a younger audience. It made me feel like part of a community.”

Isa felt so awakened by the first Global Nomads Group program that she decided to sign up for more. Next, she participated in the Ocean Health design team where students researched the topic and produced videos on the topic. And now this year, she is part of a global team of middle and high school students developing a curriculum that explores the ways the medical and science fields can promote social justice.

Isa’s parents are both New Zealanders, but she has lived in New York City all her life. While the Big Apple offers a cosmopolitan view of the world, it’s not the same as connecting directly with other students who grew up in a different country.

“There were students from all over the world, so I really got to see what other people experienced. For example, we were talking about healthcare. Each country has a different system, so I got to learn about how every other person’s medical system works, which was really cool.”

The programs Isa participated in supplemented her traditional learning. “We definitely learned a lot of stuff that we sometimes don’t learn in school. And the stuff we do learn in school, Global Nomads Group branches out more, so we go deeper into it. For example, we did learn about bias in school, but when I did the Overcoming Bias program, we went deep down and learned a lot more about it.”

The programs have expanded Isa’s perspective on the world beyond that of a typical 14-year-old. They’ve helped her explore her individual identity and community in relationship to others whose lives are quite different from her own. She plans to continue participating in Global Nomads Group programs for many years to come.

Isa Pryde is an eighth-grader in New York City. When she’s older, she hopes to study abroad in New Zealand and Turkey. 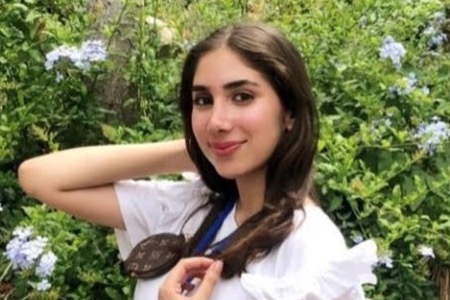 Content Creation Lab intern Nour from Lebanon was pleasantly surprised by the extent of her own personal development. 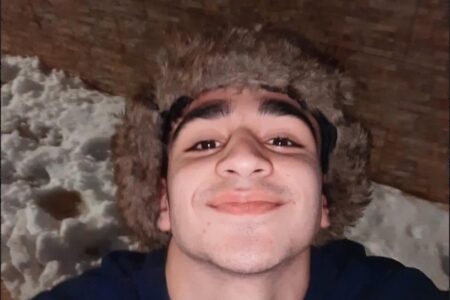 Content Creation Lab intern Ahmad from Jordan describes the problem-solving skills he honed while working with a global team.

This website uses cookies to improve your experience while you navigate through the website. Out of these, the cookies that are categorized as necessary are stored on your browser as they are essential for the working of basic functionalities of the website. We also use third-party cookies that help us analyze and understand how you use this website. These cookies will be stored in your browser only with your consent. You also have the option to opt-out of these cookies. But opting out of some of these cookies may affect your browsing experience.
Necessary Always Enabled
Necessary cookies are absolutely essential for the website to function properly. These cookies ensure basic functionalities and security features of the website, anonymously.
Functional
Functional cookies help to perform certain functionalities like sharing the content of the website on social media platforms, collect feedbacks, and other third-party features.
Performance
Performance cookies are used to understand and analyze the key performance indexes of the website which helps in delivering a better user experience for the visitors.
Analytics
Analytical cookies are used to understand how visitors interact with the website. These cookies help provide information on metrics the number of visitors, bounce rate, traffic source, etc.
Advertisement
Advertisement cookies are used to provide visitors with relevant ads and marketing campaigns. These cookies track visitors across websites and collect information to provide customized ads.
Others
Other uncategorized cookies are those that are being analyzed and have not been classified into a category as yet.
SAVE & ACCEPT
Powered by